The Great COVID-19 Vaccines to the Rescue Hoax. “Making A Billion Dollars” vs. “Harmful Side Effects” 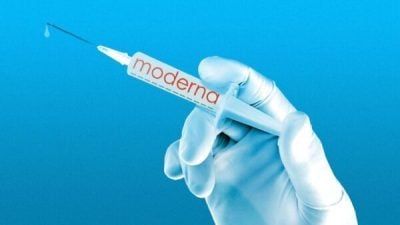 Instead of serving the public interest by reporting truthfully on major issues, establishment media serve as press agents for powerful interests.

Their managed news misinformation and disinformation includes the myth of barbarians at the gates to support endless wars on nations threatening no one, along with handouts to Wall Street and other corporate favorites — notably Big Pharma.

US pharmaceutical and biotech companies have gotten billions of taxpayer dollars to finance their research — drugs developed sold to US consumers at unacceptably high prices.

“Big Pharma’s focus on profits often comes at the expense of patient safety,” he added.

“If there is no disease criteria consistent with the symptoms that a company’s drug treats, then the company creates a disease” or a pretext to use its drugs for maximum profits.

“They pay physicians, research institutions, and universities to come up with different disease criteria that are consistent with the symptoms that the drug treats.”

While required to inform consumers of possible harmful side effects, at times they’re hidden, including results of clinical trials.

Making “a billion dollars” requires selling a drug “to a broad market.” Promotion is key, especially by television advertising and getting physician endorsements.

Other methods are also used to market drugs, including unsafe ones, notably vaccines.

All vaccines are hazardous to human health, often causing diseases they’re supposed to protect against.

Even the WHO admitted that more polio cases were caused by vaccines than from the virus itself.

When available, the risk will be extremely high that COVID-19 vaccines may cause serious health problems to individuals permitting themselves to be vaxxed.

At this time, no drugs exist to cure COVID-19, hydroxychloroquine a promising exception.

It’s an anti-malarial drug around for decades that showed positive results in treating COVID-19 patients.

The Myth of a COVID-19 Vaccine to the Rescue

Big Pharma and Bill Gates, in cahoots with Anthony Fauci and other corrupt officials it bribed to support its agenda, want nothing interfering with their diabolical plot to mass-vax humanity with toxins able to kill or otherwise seriously harm human health — substances to be included in a COVID-19 drug when available.

Pharmaceutical and biotech companies are racing to develop COVID-19 vaccines because of the potential profit bonanza.

Instead of following vaccine development protocol, they’re cutting corners at the expense of safety and efficacy.

It’s virtually impossible to develop a vaccine in months as opposed to required years of testing.

Among others, two companies in the news are Germany’s CureVac and Massachusetts-based Moderna.

Thailand Medical News (TMN) reported that “CureVac’s CEO resigned, and the company received a huge public investment, with the promise to deliver a vaccine by autumn 2020,” adding:

“CureVac’s promises for a different vaccine ended up with nothing to show for but a failed phase 2 clinical trial.”

At least three individuals involved as test subjects for its COVID-19 vaccine had adverse reactions.

One individual said he developed a 103 degree temperature and needed urgent medical treatment.

Potential longer-term hazards to his health remain to be discovered.

According to vaccine experts, the company failed to disclose data on its vaccine development, focusing instead on non-specific PR information to the public.

TMN criticized its approach, calling it “words, not data,” the latter what science requires.

Moderna reportedly enlisted 45 test subjects for its phase 1 trial, publicly reporting early results on 8 alone. What about the other 37?

When asked for more data on its test results, Moderna’s communications director Colleen Hussey said disclosure will come later — in what form and how detailed not explained.

According to TMN, the company “doesn’t publish on its work in scientific journals.”

“What is known has been disclosed through press releases. That’s not enough to generate confidence within the scientific community.”

Separately in mid-May, Pompeo said the Trump regime is “committed” to holding China accountable for widespread COVID-19 outbreaks and deaths it had nothing to do with.

Blaming others for its own wrongdoing is longstanding US policy, including nations victimized by US aggression.

Trump regime hostility toward China ignited a new Cold War that could turn hot if Washington pushes things too far.

Award-winning author Stephen Lendman lives in Chicago. He can be reached at lendmanstephen@sbcglobal.net. He is a Research Associate of the Centre for Research on Globalization (CRG)

His new book as editor and contributor is titled “Flashpoint in Ukraine: US Drive for Hegemony Risks WW III.”