Is the Israel-Iran Conflict a Charade? 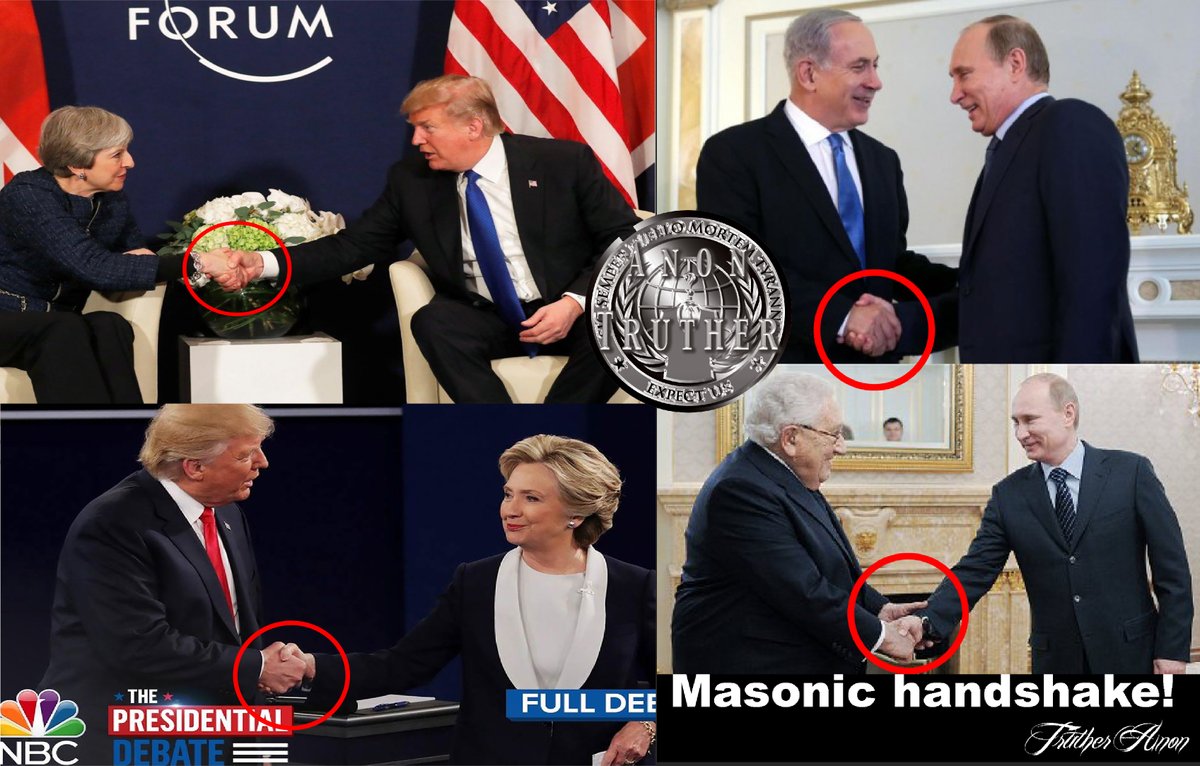 But the U.S. walking out means that a full-on

If all world leaders are Freemasons,

we ask, “Is this conflict a charade?”

If so, what is its purpose?

As early as 1823, Hoene Wronski wrote: “Secret societies are detached into groups distinct and apparently opposed, professing respectively and in turn the most contrary opinions of the day, so as to direct, apart and with confidence, all parties, political, religious, economic, and literary. They, in order to receive common direction, are again united  to an unknown centre…an Unknown Supreme Committee who governs the world.”  (Light-bearers of Darkness, p.2)

The world is in the thrall of a satanic cult. The correct paradigm is humanity versus this cult, its agents and dupes.
How they Control the World
(From Oct.15 2015)
by Henry Makow Ph.D.

To understand current events, we need a new paradigm.

The paradigm fostered by the mass media of a ‘balanced’ world consisting of competing  interests, nations, ideologies and religions only traps us in a false matrix  of “good guys vs. bad guys.”

As my readers know, I suspect that most “competing” groups/ideologies actually have been created or subverted by a single force: a satanic cult, the Illuminati (Sabbatean-Frankist Jews and cabalistic Freemasons.) This clique is empowered by a cartel of cartels, beginning with world central banking, based in London. It uses MI-6, the CIA, the Mossad and other “Intelligence” agencies as instruments and controls the media and most politicians.

The Sabbatean-Frankists were a Jewish heresy that captured half the Jewish world in the 17th and 18th Century.

They eschewed all morality preaching that good is evil and vice- versa. They believe that chaos and devastation will hasten the return of the Messiah. They went underground and prospered by intermarrying with non-Jews and assuming conventional Jewish or non-Jewish identities. The “Catholic” half-Jewish John Kerry or Madelaine Albright are examples. 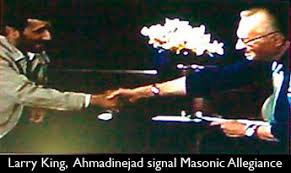 My working hypothesis is that most wars/conflicts are orchestrated by this satanic cult. The same people secretly manipulate events on both sides to undermine  “all collective forces except our own” (“The Protocols of Zion“) and establish world government tyranny (a.k.a. “globalization.”) In other words, an Occult Elite is waging war on humanity and we don’t even know it.
In the Protocols, the author, who I suspect was the Sabbatean Lionel Rothschild, writes that their goal is: “To wear everyone out by dissension, animosities, feuds, famine, inoculation of diseases, want, until the Gentiles sees no other way of escape except by appeal to our money and our power.” (Protocol 10) [And] “… enable us to absorb without disturbance all the governmental forces of the world and thus form a super-government.” (Protocol 5)

“Who will ever suspect then that ALL THESE PEOPLES WERE STAGE-MANAGED BY US ACCORDING TO A POLITICAL PLAN WHICH NO ONE HAS SO MUCH AS GUESSED AT IN THE COURSE OF MANY CENTURIES?” (Protocol 13, emphasis mine)

Creating conflict makes fiendish sense. If they were to declare their true intention, they would meet opposition from all sides.  Instead they create and hide behind competing forces and manipulate the outcome ensuring that “true believers” (the uncorrupted) die in the process.  Everyone is so busy fighting, they can’t see the real foe and the real agenda. The conspirators recognize each other through hand-signs.

I’ll start by mentioning some random conflicts that fit this paradigm. (Research them and see if I am right.) Then I’ll cite some more references to show that this strategy is deliberate.

I suspect the Labor, Women’s and US Gay and Negro Civil Rights Movement all fit this pattern.  They were all sponsored by the bankers,and run by Masonic Jews or their dupes. While they addressed some legitimate injustices, their real purpose was to sow division.

Harold Rosenthal is credible when he says:  “Through our national bank, the Federal Reserve, we extend book credit which we create from nothing to all local banks …[Thus] we bring industry, management and labour into our debt…and pit management against labor so they will never unite and attack us and usher in a debt-free industrial utopia.” (my emphasis)

Through control of the mass media, Rosenthal says we “have put issue upon issue to the American people. Then we promote both sides of the issue as confusion reigns. With their eyes fixed on the issues, they fail to see who is behind every scene. ”

Alan Stang deals with the true origins of Civil Rights in his book “It’s Very Simple.” I touch on it in my article “Red Rosa Parks: Fabricating an American Icon.”

Kevin MacDonald does a masterful analysis of how the bankers used Masonic Jews to take over the Conservative end of the political spectrum. “Is Neo Conservatism a Jewish Movement?”

Global Warming is yet another created conflict. The Club of Rome talked about using it as a fabricated “enemy” 20 years ago. (See “The Vacuum” in “The First Global Revolution” 1991 by Alexander King.) On one side you have the Al Gore and the Pope, Illuminati in good standing. On the other side, you have films made by debunkers that are featured on the BBC, an Illuminati mouthpiece. Obviously this debate is certified  “Masonic Kosher.”

Remember how Stalin exterminated much of the Soviet officer core in the late 1930’s on  “faked evidence” from  Reinhard Heydrich? I suspect Stalin knew the evidence was fake and was doing away with nationalists and cult outsiders. Similarly Stalin exterminated the cream of the Polish officer core at Katyn forest. I suspect Illuminati Nazis collaborated with Illuminati Communists.

I wouldn’t be surprised if the Taliban were supported by the bankers through the Pakistani ISI, and the Iraqi insurgency through Saudi Arabia. The Sunnis are now on the US payroll. How does that work?

Vladimir Putin has a lot of fans. I’d love it if he were for real. Unfortunately, I suspect he’s been dealt the good guy role in a potential future world war. I suspect the US/British-Russian feud is for show only. The “tell” is the amount of Western investment in Russia and  UK/EU dependence on Russian natural resources.

These folks are eminently capable of creating the illusion of friction. They faked the Cold War, World War One and World War Two. They are behind 9-11 and the War on Terror. See my articles: “Did Bormann Run Hitler for the Illuminati?’  “The Matrix of Manufactured War” and “The Coming Shakedown of the US and Iran.”

In “Elite Sets the Stage for WW3” I show how many Rockefeller elder statesmen-for-hire lined up against the Iraq War.

It appears that the Illuminati bankers sponsored the liberal and socialist (revolutionary) movements of the last 300 years in order to wrest power from the nobility and church, and to control society through the guise of “liberal democracy.” 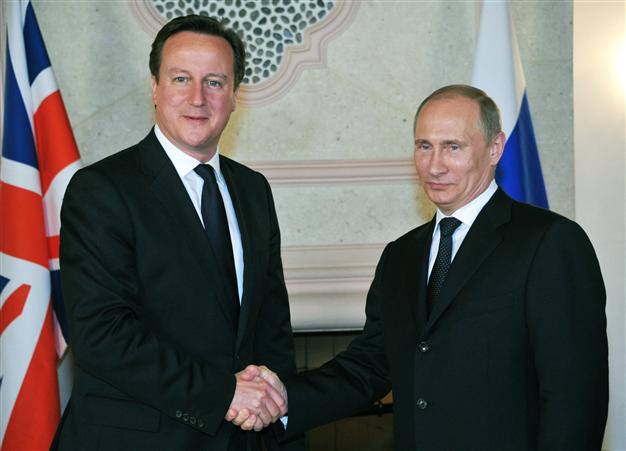 (Cameron and Putin in Masonic handshake)
In 1794 the Duke of Brunswick,  issued a Manifesto based on confiscated Illuminati documents.  He said, “The ferment that reigns among the people is their work….They began by casting odium on religion..They invented the rights of man …and urged the people to wrest from their princes the recognition of these supposed rights. The plan they formed for breaking all social ties and destroying all order was revealed in their speeches and acts. They deluged the world with a multitude of publications; they recruited apprenticeships of every rank and every position; they deluded the most perspicacious men by falsely alleging different intentions.”  (Light-bearers of Darkness, p.10)

This is confirmed by The Protocols of the Elders of Zion which is a Sabbatean document. The author scorns ideas of equality and liberty:

“Far back in ancient times we were the first to cry among the masses of the people the words “Liberty, Equality, Fraternity,” words many times repeated since these days by stupid poll-parrots…(26) In all corners of the earth the words “Liberty, Equality, Fraternity,” brought to our ranks, thanks to our blind agents,[i.e. dupes] whole legions who bore our banners with enthusiasm. And all the time these words were canker-worms at work boring into the well-being of the goyim, putting an end everywhere to peace, quiet, solidarity and destroying all the foundations of the goy States.

28. The abstraction of freedom has enabled us to persuade the mob in all countries that their government is nothing but the steward of the people who are the owners of the country, and that the steward may be replaced like a worn-out glove. 29. It is this possibility of replacing the representatives of the people which has placed at our disposal, and, as it were, given us the power of appointment.” (Protocol 1, emphasis mine)

Our political life is essentially an illusion.  As early as 1823, Hoene Wronski wrote: “Secret societies are detached into groups distinct and apparently opposed, professing respectively and in turn the most contrary opinions of the day, so as to direct, apart and with confidence, all parties, political, religious, economic, and literary. They, in order to receive common direction, are again united  to an unknown centre…an Unknown Supreme Committee who governs the world.”  (Light-bearers of Darkness, p.2)

The lesson is not to avoid political activity, but to be very selective. The world is in the thrall of a satanic cult. The correct paradigm is humanity versus this cult, its agents and dupes. Unfortunately, these are often people society considers a “success.”
——-
Related- Iran may outwit Netanyahu and stay in deal
Dutch banker exposes Satanic Rituals
“British Caught Training Taliban for Terror”

For what I mean by Satanic, see “Our Leaders, Whose Sick Joke?”

Bernie Sanders & Hillary in Masonic handshake (The handshake in the video still before it played, second one down)
–  False East/West Paradigm And The End Of Freedom by Brandon Smith